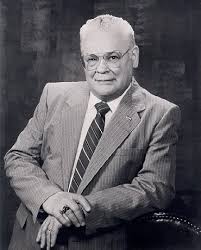 Larry was born December 3, 1930 to Lloyd and Mary (Mae Hunt) Ralston.  In September of 1953 he married his beloved Edna and they began their family.  He retired from the Chicago Public school system after a 37 year career as a teacher, coach, stadium director, and administrator.

Larry had a 66-year affiliation with the sport of speed skating in the roles of competitor, coach, manager, official, writer, clinician, and administrator. Accomplishments include;

Larry was elected to the   Speed Skating Hall of Fame in 1984.

From Greg and Mary Wong, Northern California Speedskating Association
Larry and Don Kangas came out to put on a coaching clinic in the summer of 1992. Both Don and Larry  stayed with us  for the weekend.I think Bill and Sharon Cawthra was stayed also. While they were rummaging around our house, they  found a old bottle of whiskey up in our cupboard.  Someone had given us this bottle years before. I don’t drink whiskey so I had never opened it.  Not sure which of them found the whiskey, but most of it was gone by the end of the weekend.
We will  miss Larry.